Home » About Us » Executive Team 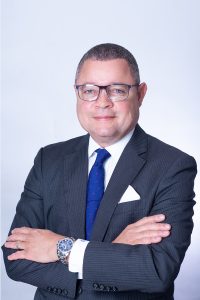 Paul McWeeney
President
Paul McWeeney was appointed president of Sunshine Insurance on April 3, 2017. He has more than 30 years in banking. He rose to the rank of second Vice President of and membership on the Western Hemisphere Credit Committee of Chase Bank (now J.P. Morgan Chase). He remains the youngest person to have been appointed to the role of Managing Director of the Clearing Banks Association of The Bahamas. On four different occasions, he received the Euromoney Award for Excellence and on three different occasions, received the Financial Times (of London) Bracken Award for Excellence in Banking. Within The Bahamas, his civic commendations and appointments include: Chairman of the Board of Governors, St. Augustine’s College, Nassau, Bahamas; Honorary Consul to The Bahamas for the Dominican Republic; Deputy Chairman, Public Hospitals Authority; past Chairman, Clearing Banks Association of The Bahamas and the founding Chairman of the Bahamas Automated Clearing House; past Chairman, Bahamas Institute of Financial Services and Executive of the Year 2006 by the Bahamas Institute of Financial Services. His educational background extends to the MBA equivalent from Chase Manhattan Bank’s Western Hemisphere Professional Development Centre. 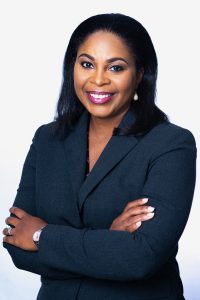 Shelly Wilson, MBA, ACII
Vice President, Operations
Shelly P. Wilson (nee Moultrie) is Vice President of Operations, Sunshine Insurance (Agents & Brokers) Ltd. with shared responsibility for the company’s portfolio of commercial clients. She is authorized to underwrite business under the company’s Lloyds of London binding authority for public service vehicles. Wilson also provides assistance to the chairman of Sunshine Insurance with management reporting. In her current capacity, Shelly plays a vital role in analyzing and revising current internal procedures and controls to improve the company’s overall efficiency. Shelly joined Sunshine Insurance in April 2007 having previously worked for eight years at Credit Suisse Private Banking. Having worked in the financial services sector as a relationship manager, Shelly is committed to providing the highest quality of service to Sunshine Insurance’s client base. To facilitate her career transition from banking to insurance, Shelly has participated in extensive underwriting training programs with some of the largest insurance companies in The Bahamas. Additionally, Wilson she has had the opportunity to spend several weeks understudying members of the Marsh multinational management team based in Florida. 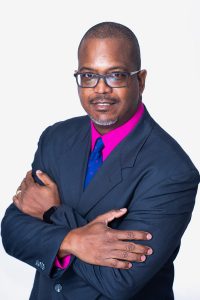 Dwayne T. Swaby, ACII, FICA
Vice President, Development
Dwayne T. Swaby is Vice President of Development of Sunshine Insurance (Agents & Brokers) Ltd. He has over 21 years of experience in the general insurance industry. Before joining Sunshine Insurance in February 2014 he served as property manager at J.S. Johnson & Company, Limited. In September, 2013, Dwayne received top honors for being outstanding student in Leadership Essentials course undertaken through The Bahamas Institute of Financial Services. Furthermore, in June 2014, he was elected a Fellow of the International Compliance Association. Dwayne has undertaken numerous professional courses over the years. He is a Chartered Insurance Broker and professionally qualified Associated of The Chartered Insurance Institute (ACII), London, England. He is a graduate of Kingsway Academy, the College of The Bahamas and University of Windsor, Windsor, Ontario, Canada where he received a Bachelor of Commerce Degree with Honors. Dwayne is a member of the Chartered Insurance Institute, Bahamas General Insurance Association, Insurance Institute of The Bahamas, International Compliance Association, Bahamas Association of Compliance Officers and Rotary Club of Nassau of which he served as president during the 2011 through 2012 term. Dwayne is committed to providing professionalism and quality service that is second to none. 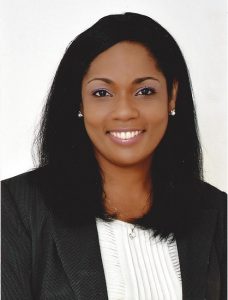 Lia M. Munroe, MBA, Dip CII
Senior Account Executive
Sunshine Insurance (Agents & Brokers) Ltd.
Nassau, Bahamas
Lia S. Munroe (nee Hutchinson) is a Senior Account Executive at Sunshine Insurance (Agents & Brokers) Limited. She performs both personal lines and commercial support functions. She reports to the Vice President of the Company, and is also instrumental in the daily management of both internal and external clientele. Lia joined the Company in May 2005 in the capacity of Account Executive, with a background in insurance, having worked in the industry in Barbados. With over 15 years of experience in the industry, Lia is committed to excellence in the field, gaining the professional designation Dip. CII (Diploma in Insurance form the Chartered Insurance Institute of England). Other academic achievements include a Bachelor of Science in Social Sciences from the University of the West Indies, Cave Hill Campus, Barbados and a Master of Business Administration from Heriot-Watt University, Edinburgh Business School in Scotland. 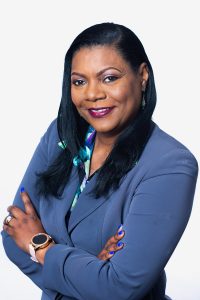 Janet Cartwright-Serrette Cert CII
Branch Manager
Sunshine Insurance (Agents & Brokers) Ltd Nassau, Bahamas
Janet Cartwright-Serrette is the Branch Manager of Sunshine Insurance (Agents & Brokers) Ltd. Carmichael Road office with shared responsibility for the company’s portfolio of the various lines of business. She specialises in Personal Lines clients. She has authorisation to underwrite business under the company’s Lloyd’s of London binding authority for public service vehicles. In her current capacity, Janet plays an essential role in the day-to-day activities and procedures for the branch office. Janet joined Sunshine Insurance in June 1996, starting off as a Jr. Account Executive before advancing to Personal Lines Manager. She has a Certificate in Insurance from the Chartered Insurance Institute. Overall, she has 32 years’ experience in the insurance industry.